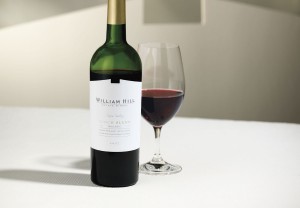 Description of Malbec wine
Malbec wines are known as the ‘Black Wines’, reffered to their colour. It is one of only five red grapes varieties permitted in the Bordeaux appellation and it is originated in South West France, but in Bordeaux it does not play an important role. The biggest variety of Malbec is found in Argentina, where about 70% of the world’s Malbec grows.

History of Malbec wine
First in Argetina it was planted back in 1852. Very famous winers Cahors in France make wine from Malbec grapes for more than 800 years, but as it is common in France it is not named after the grape, it is caled Auxerrois. They have noticed the success of Argentinean Malbec and started to promote Malbec and their own wines. Untill today the French of Cahors and the Argentineans are working together to promote the variety of Malbec which is about 90% of the worlds Malbec. As well, Malbec grapes are grown in Italy, South Africa, Chile, California, New Zealand and other places around the world.

The taste of Malbec wine
Malbec wine has a dense colour black/red, and general toughness. It has flavours of sweet fruits, dark coffee, a bit oak, blackberries, sometimes a hint of mint, it is perfumed with berry flavours. Malbec often leaves a trail as it moves in the glass. Because of the vide productinion this wine is reasonably priced.